The heat for our oldest racing cars. You’ll find everything from prewar cars, which in Sweden is represented by ’30s Riley, MG and Bugatti. Other old favorites are Nordic Special from the 40 – and 50’s. F3 500cc (Midget), we also find in this heat. This was a parade event in the post- war years. Second England, Sweden can pattern the most midgetracers. Ake “Halvpannan ” Jonsson and Sven “Bergvägg” Andersson was a couple of stars. Effyh, SWEBE or Cooper was named the cars, and they were driven by a 500 cc motorcycle engine. There is also Formula Junior, the direct forerunners of later-day Formula 3 cars, which had an engine from a standard car at max 1100 cc, which was trimmed by the book so that the effect is often reached over 100 hp! The marks could be called Lola, Elva, Lotus or Stanguellini. Yes, even SAAB ventured to build a front-wheel drive Formula Junior. The main drivers here at home was Picko Troberg, Freddy Kottulinsky, and Yngve Rosqvist. On the continent they where called Jim Clark, Jackie Stewart and John Surtees. All where later to become world champion in Formula 1. 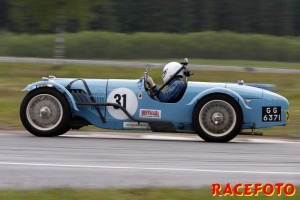 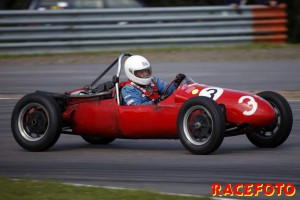 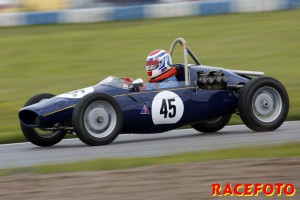